The Rowberry name is synonymous with THE place to buy high-end quality Fashion, Bridal Gowns, Prom Dresses, Mother of the Bride & Groom and a vast selection of Shoes. 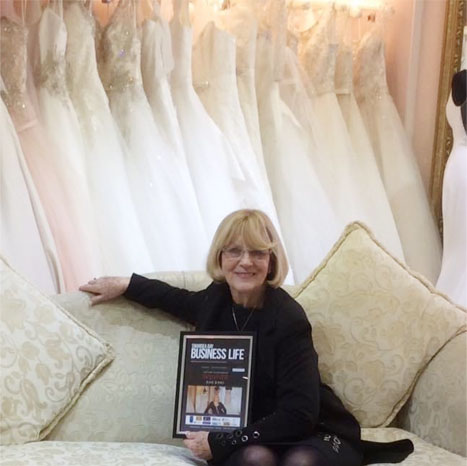 The Rowberry story began in the late 1890s/early 1900s when Aneurin Rowberry moved to Swansea from Llandeilo, he met and married Elsie and they had two sons, Lionel and John. Aneurin started a shoe repairing business in Port Tennant on Swansea’s Eastside, the business thrived and after a while Elsie also started to sell shoes.

Lionel worked alongside his father but in the 1960s shoes repairing declined due to the introduction of moulded soles, Lionel’s son-in-law Ken, saw the opportunity of selling shoes, so together with his wife, June and with the help of her mother they set up shop at 6 Danygraig Road in 1964. It was a great success and expansion followed with bigger shops. Ken and June’s sons joined them in the business too.

In 1978 June introduced the fashion into the business, this also blossomed and branches were opened in the Town Centre and Mumbles, and later June opened a beautiful Bridal Salon in the Port Tennant shop.

We at Rowberry pride ourselves on providing a friendly welcome and a professional service. Our skilled team offer individual attention whether choosing an outfit for your son or daughter’s wedding or a couture wedding gown.

From our humble beginnings we are still based in the heart of Port Tennant, we have been established for many years and pride ourselves on our honest and genuine approach. Our store boasts three large departments consisting of Bridal, Fashion and Shoes. We specialise in Fashion, Mother of the Bride, Bridal as well as Evening wear.

Any cookies that may not be particularly necessary for the website to function and is used specifically to collect user personal data via analytics, ads, other embedded contents are termed as non-necessary cookies. It is mandatory to procure user consent prior to running these cookies on your website.